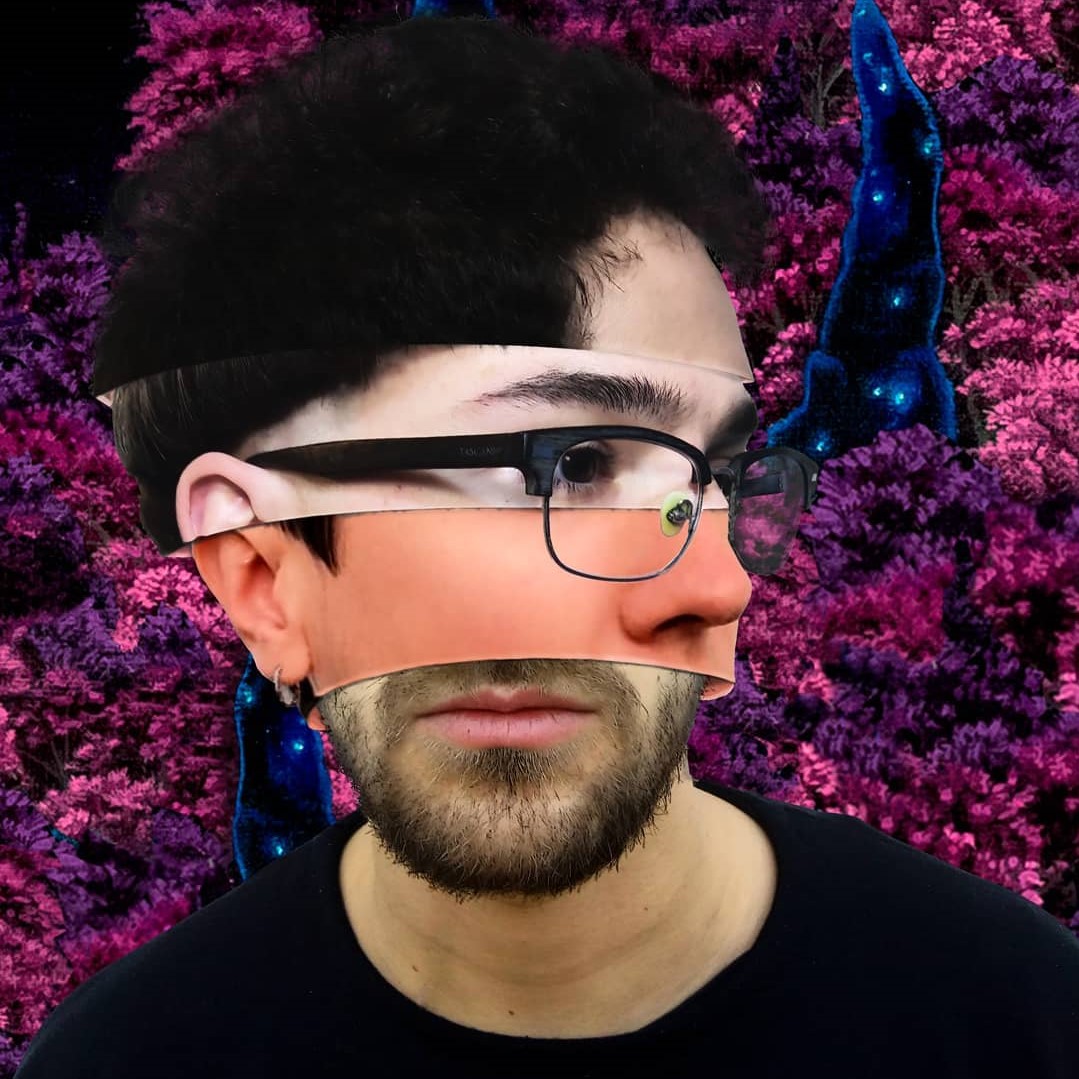 On August 17th, the Argentinian band Firpolar surprised us with the release of «Supuesto de una realidad» («Supposition of a reality»), their last EP produced between 2019 and 2020; a piece where they let their more experimental side fly with the purpose of gifting us a critical and introspective experience. Not long ago we had the opportunity to have a conversation with Solda (Lucas Soldavila), who is the band’s guitarist and vocalist. Through this interview we were able to dig through the things that impulsed them to create the EP, the role of interpretation in their music and the Argentinian emergent music scene, between many other things. Keep reading and discover their vision on these topics!

An unforgettable concert you have attended?

Once I attended a festival in Mar del Plata, a festival called Mar del Pop and it was one of the firsts that I attended, and it happened to me that at that time I connected with pop music in some way. Local bands like Nairobi played, they blew my mind and well, that’s one of my most unforgettable concerts.

I really like GULI, he’s a local composer from the capital, and I like Percii a lot too, he’s the singer from Un Planeta.

Bands or singers that have influenced Firpolar’s sound?

Well, Un Planeta influenced us, Peces Raros too, a bit of Soda Stereo and in some way Gorillaz influenced us a lot too. On the other side, I really like The Cure… What happens is that we’re four people, so those influences can mutate. I’m the main composer, so from my place I feel like those are the musicians that influence us the most.

A female singer who is an inspiration for you?

Well, my cousin is a singer, her name is Florencia and she has her own project called La Negra Buggiani and makes hip hop here in La Plata, she’s also an influence for me because she’s my older cousin and there’s a lot of brotherhood between us. I also like Little Dragon a lot, a band with a female singer who has an impressive voice, and I like Amy Winehouse a lot too.

Singer or band that nobody expects you to like?

A song that makes you cry?

How would you name this section?

A few days ago you released your new EP, produced between this year and the last one, which also counted with the collaboration of Percii and Carmen Sanchez Viamontes. What was the purpose that motivated you to create «Supuesto de una realidad»?

Well, we’ve already been working on these songs at home. Most of us have our audio interface to be able to record on our own, so we had already been working on the demos and suddenly a contest came out, some kind of scholarship given by Universidad de La Plata, so we signed in. We presented the project and won the scholarship, they gave us some money to be able to generate the material and, well, at the beginning we had just two songs and, since we had to do it quickly to be able to present the invoices and that kind of stuff, it was a faster creativity process. In a short time we composed those two songs that were missing with the hookups and we got to record, the EP was recorded in three weeks and we mixed it quickly too. In not too much time we already had the finished material, but we were missing the cover art and so on. After the product was more or less finished we gave it a conceptual “twist”, we thought a lot between us about the concept. So there wasn’t a reason or purpose that we had but an impulse, which came both from a financial and time [limitation] aspect.

You have stated that when composing you like to experiment with different genres, without restrictions, or as they would say in «Atlante»: “You don’t want to be imprisoned within rigidity”. What do you think is the importance of not limiting yourselves by defining the style to which your music is catered?

The truth is that I sort of relate it to the whim of not being enclosed in the four walls of one style; because if I say that I make blues, I have to make blues. I can’t step outside of that, because my audience expects me to make blues. When you typecast yourself, the range of sounds gets limited and, well, I don’t want that for my music. We like to experiment, play and make things happen without thinking so much about them.

Listening to your creations, and specifically your last release, we realized your songs are open to an infinity of interpretations, which somehow leads you to a “reflexive state”. Without going any further, when listening to “Promesa” we inevitably associated it to the social outbreak that occurred in Chile, which probably has nothing to do with it. That’s why we would like to know, when creating «Supuesto de una realidad» you intended to generate this in the listeners or did it just happen?

We always say that our music, and actually art in general, depends a lot on the interpretation of others, because I’m not going to be able to make myself 100% understood when I don’t even understand myself. The interpretation of others nourishes and feeds us a lot, what you say about your interpretation it’s great, because we also wanted to take this release a little closer to that, towards the political and societal side. Having some previous releases that are nicer, with “dreamier” lyrics, we wanted to have a bit more of a critical content and we did think a lot about that, but it’s open to any interpretation, any of them is valid. And it’s interesting, because our interpretation is already there, I’m not interested in people interpreting it as I do, I’m interested in listening to what others understand.

How is the relationship that surges when you study music formally and at the same time try to create something different and not that structured?

Studying music opens up to you the possibility of being able to carry out a lot of things that you have in mind, because you begin to have the tools to be able to plasmate those ideas. However, sometimes it can be a bit difficult, as it limitates you to the “academical” rules. For my part, I haven’t studied music for a couple of years, I came to La Plata and studying music at university opened my head, it made me a better musician, but it came to a point where I got fed up with the academy and got more into in the world of sound, in mixing and production. Even so, I think it’s very good to study music, it’s very important if you want to professionalize yourself, you should not put aside being constant in your studies to be a better artist.

Firpolar was formed in 2016, and since then you’ve released a series of songs and collaborations with various artists from Argentina. What can you tell me about your local emergent scene?

The emergent scene of my country is very interesting. I’m proud of rubbing shoulders with such good artists, sometimes it’s really hard to be in the music market and I can learn a lot from all these people around me. There’s a Chilean artist living here in La Plata, she’s called Antonia Navarro, she’s a great artist with whom we would like to collaborate in the future. There is a lot of electronic music here and at the national level it’s getting a very relevant status and, well, everything that is emergent seems to me like being in charge of something and starting to professionalize. It is worth of interest, if you call yourself emergent it’s because you are really taking the reins as an art worker. In my country there are great artists, in the world there are great artists and many of them are emergent, the issue is that this fact is sometimes problematic because you cannot reach a lot of people.

In that sense, what do you think is the importance of the support that should exist between artists from the same locality?

We always talk about alliances, the support between us, and even more in this moment of crisis. It’s very important. Not only when solving doubts, but also when sharing the music of our emergent peers. I am in favour of constantly sharing the music of others, because that is the small grain of sand that we can contribute, I don’t know if I can do more than that for other artists.

It’s certainly difficult to be able to think clearly about future projections considering the context we’re in, but do you have any project in mind or a new EP that you’re working on?

By the time this is over we might be old (laughs). Actually we’re thinking about what to do while this continues, it’s really important to not stop working and producing, so right now we’re making new music, soon we’ll be on an online festival with some friends. And when this is over, the first thing we’re going to do is go see a band live and hug, play, rehearse. We haven’t seen each other since this started, 7 months ago, so the only thing left to think is that when we see each other we’ll hug each other, have a beer and keep our heads in doing what we like, for the moment to keep looking for strategies to keep doing music.